Xi Beach is situated in the south of the Paliki peninsula of Kefalonia, Greece and part of the district Mantzavinata near the town Lixouri.

The beach is a 4 km strip of sand which is up to 50 m wide in places. Several roads branch on the approach to the area and bring one out at different locations along its length, usually close to a bar, taverna or apartment complex.

Xi is renowned for its soft, red sand. It is a blue-flag beach. The sand slopes reasonably gently so that one can go out a distance from the shoreline. The areas of the beach that are close to hotels are developed and organised with beach loungers and sun shades. Areas that are away from amenities present a more natural aspect. The surrounding sediment and cliffs at Xi Beach are made up of a white clay, which is eroded into sharp profiles by the rain. The beach is made up of a soft, red sand.

Well-made roads lead down to the beach areas. At the end of the roads, car parking is located on-road or in car parks linked with Tavernas. This can be crowded at the height of the tourist season. There are several large Tavernas providing drinks and meals along the 4 km length of the beach area. Beach loungers and umbrellas are for hire in some areas of the beach, usually at points where hotels, Tavernas or bars are situated close to the beach. The beaches are associated with a high population density of tourists in high season.

Assos Castle is a Venetian fortification on Cephalonia island in western Greece.

Together with Saint George’s Castle, the castle of Assos is a fine example of military architecture of the island of Cephalonia—British general Charles James Napier described is as ‘stronger than Gibraltar’—and one of its main tourist attractions. It overlooks the bay of Agia Kyriaki, north of Paliki, and could act as a base from which to defend the island, to protect against pirates as well as a naval invasion. The castle stands on the top of a 170 m high rocky hill, which encompasses the entire peninsula of Assos. The castle is protected by a wall of 2000 meters length, and covers an area of 44,000 sq. meters.

While Cephalonia was under Venetian rule, in 1584, a petition by the nobles of Cephalonia was presented to the Venetian Senate for the creation of a new fortress, as the Castle of Saint George (the other castle of Cephalonia) could not defend the entire island against the Turkish threat and the pirate raids. At the time Venice had a plan for protecting territories in the east by founding a city within the castle and moving their administration there from St. George’s. Building commenced in 1593 under the supervision of Ambrosius Cornelius, as the sign outside the main gate shows. The castle was built by the Venetian architect Marino Gentillini, between 1593-6. Gentillini eventually married and settled in Cephalonia, and his name was inscribed in the Libro d’Oro of noble families. His descendants today preserve the pioneering Gentillini winery.

Assos has always had a small population. Its location meant that under siege its supplies, including water, could be cut off. Still, the castle became the capital of northern Cephalonia as a large fort with a small settlement inside. In 1684, the Venetians took Lefkas from the Turks and the Assos castle lost its strategic importance. In 1757, with piracy and the Turkish threat reduced, the Venetians founded Argostoli, which became the main town of the island. Asos remained the seat of the Venetian provveditore until 1797 at the end of the Venetian rule in Cephalonia. In 1822, about 1700 people came from Souli to stay in the Assos fortress and the whole area became a quarantine area, resulting in a settlement within the fortress named Souli. For the next century, Assos continued to be a fortress without a military role. In the late 1920s, a prison was started there which after the World War II hosted political prisoners, who kept vineyards and crops of cereal. The Ionian Islands were badly damaged by the Ionian Earthquake in 1953. After that, most people of the castle left and the prison was closed. The 1961 census found only 6 people living in the fortress, the last of whom left in 1963. They had been known as the “Kastrinoi” (“people of the castle”), comprising large families who mainly cultivated olives and grapes.

Today the castle is open daily with no entry fee. Access to the castle is by a renovated stone path. Parts of the walls and an arched entrance gate with the Venetian Lion of Saint Mark are the mainly preserved sections. Visitors can see within the ruins the small church of St. Mark and the house of the Venetian High Commissioner. Close to the castle is the small, abandoned, church of the Prophet Elias which was built in 1888 on the ruins of another small church dating from 1500. Near the church are the ruins of a Venetian building owned by the Gentilini family.

Myrtos Beach is in the region of Pylaros, in the north-west of Kefalonia island, in the Ionian Sea of Greece. Myrtos beach lies between the feet of two mountains, Agia Dynati and Kalon Oros (901m).

The surrounding sediment at Myrtos Beach is generally made up of marble material, a metamorphosed limestone. The beach is made up of round, white cobblestones. The sediment gradually becomes smaller as you approach the shoreline. Because the slope angle has an abrupt drop near the edge of the shoreline, the wave energy is very high and causes the gradation trends from cobbles to pebbles along the beach.

Longshore drift, along with wave energy, has shaped the shore. As waves curve along the beach they also pick up the finest bits of marble; this creates sediment plumes that follow the curve of the beach with the direction of the waves giving the water a shade of turquoise.
Myrtos has been described as “one of the most dramatic beaches in Greece”, with its “mile-and-a-half long arc of dazzling white pebbles.” It was used as the location for the mine explosion episode in the film Captain Corelli’s Mandolin. Myrtos has been voted 12 times the best Greek beach while it regularly features in best beaches lists. 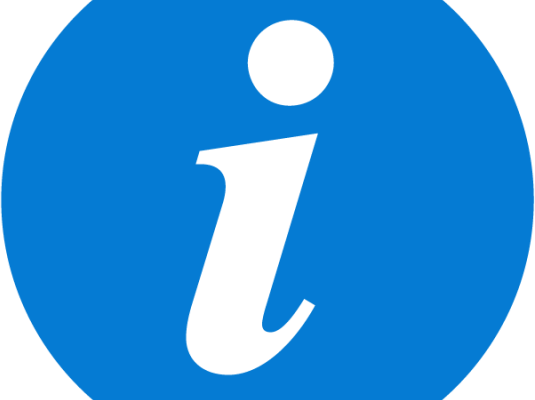